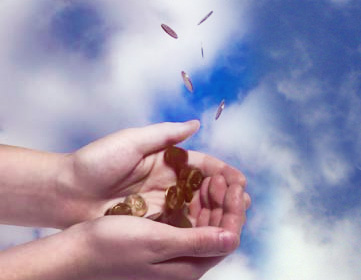 “And if we are children, then we are heirs; heirs of God and joint-heirs with Christ” (Romans 8:17)

Is the heritage of a father-son based on the performance of this son, the color of his hair, the shape of his body, the style of his clothing, the grade of his exams, the beauty of his character or based on his identity as a son? Go travel the whole world, you will see that this is a fixed truth everywhere whatever the country was, or its culture or its language, a son always inherits because he is a son. The Prodigal son understood deeply his right to have the portion of the goods of his father that’s why he came boldly to ask him for it (Luke 15:12). Now we know that it wasn’t polite of the son to take his inheritance in this manner while his father lives but the father gave it to him. What I am talking to you about is also a kingdom principle and it is as real as this earthly principle is. The moment you become a child of God, you became his inheritor, now think of it for a moment: what is it like to be an inheritor of God? SELAH. God doesn’t withhold his goodness from you but for you. In every season of your growth in him, whether you are a child or a mature son you will inherit the blessings according to his timing and plans for you. A natural father prevents his car from his child to protect him; although this son will benefit of his dad’s car when he matures, but let’s say it is a postponed blessing! This child will enjoy other blessings for now. It is my firm belief that a blessing not in its right timing can be of no blessing. God deals with sinners with Mercy but deals with his children according to his covenant with them. Are you aware that you are a son of the Most High God? Are you aware of your inheritance with Christ? I pray that your eyes be illuminated with this revelation so you can tap by faith into the riches of his Glory stored up for you and enjoy the abundance that cost Christ everything to give it to you.

The Reality of Spiritual Substances

The Prison Of Emotions
Scroll to top