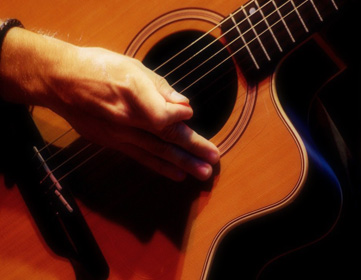 Harry was a young beggar who spent all his life on the street but he was not an ordinary beggar he was talented in music especially in playing guitar. People pass by him to request a certain song that he plays for them and before they leave for their life activities they throw him some money in a little gray old bucket and this sound of the coins going down in it was the best music ever heard by Harry. The guitar was his only possession and since he couldn’t afford to buy one many say that he stole it, others say he just found it in the garbage, we don’t know how he got his guitar but he was really a good steward of it because he guarded it with all caution over the years. Harry lived to please people’s taste all the time; he discovered the varieties of characters & personalities over the years by the music requested from him daily. He reached a point where he almost could guess what someone would like to hear before he was ever asked. The same people used to come back to Harry not because they loved his music only but because Harry was so loveable and favored. One day a businessman brought him as a gift a new expensive guitar to express better his skills because sometimes we long to communicate clearly and powerfully our heart but our words fall short or the means we use are of low quality. This took his business to a whole new level where he attracted more people to him. When God wanted to express his love to you he found nothing more perfect than to send you his only begotten Son Jesus Christ who is the very expressed image of God whose love on the cross attracted many when he was lifted there. Jesus is the fullness of God’s Love to you!

“For I am convinced that neither death nor life, neither angels nor demons, neither the present nor the future, nor any powers, neither height nor depth, nor anything else in all creation, will be able to separate us from the love of God that is in Christ Jesus our Lord.” Romans 8:38-39

Revival Is Coming
Scroll to top